Since we’ve released TzStats v2 in mid-June 2020, the Tezos community has been sharing valuable feedback that assists us in making continuous improvements.

As we strive to deliver the best block explorer experience to both newcomers and professional users alike, don’t hesitate to let us know your thoughts and suggestions. Consequently, we made several bug fixes and improvements during the past weeks. Today, we’re happy to announce TzStats v2.0.5 featuring better lists, brand new graphs, and more details.

We’ve reworked the list designs for the Bakers and Cycle pages. As before, bakers are sorted by their size in rolls and we added small charts to show their cumulative share in network-wide staking to make it easier to see how well Tezos block production is decentralized. Additionally, more individual baker data (i.e. min. delegation, min. payout, and payout delay) has been added. Payout delay is now reflected on the Delegator timeline as well.

Furthermore, the delegations tab indicates in which cycle a delegator has joined.

We re-implemented all our charts to make them more efficient and responsive. Most of the time you may not notice anything and that's good. Donut charts on the Market (1D Volume by Exchange) and Baker (Version Chart) pages now have a new design that shows all values without having to hover over the graph.

Some transactions pay an extra allocation fee when the target account does not exist or was emptied before (and thus garbage collected). Now we show this extra fee in operation receipts and we also show the cycle in delegation operations for additional context.

TzStats v2 is now the default frontend across all supported testnets (Carthage and Dalpha). We recently discontinued support for Babylonnet, Labnet and Zeronet since they are fairly outdated and nodes are insecure. If you like, you may still use our Tezos Indexer and TzStats v1 to visualize data from previous testnets if you happen to run a node yourself.

Do you have a background in blockchain technology, data analytics and data visualization? Are you a self-driven, highly motivated and experienced engineer or designer who likes to work in a fast and agile remote team? Then Blockwatch might be a perfect match for you. We're hiring for the following positions in NYC:

Drop us an email at jobs@blockwatch.cc. 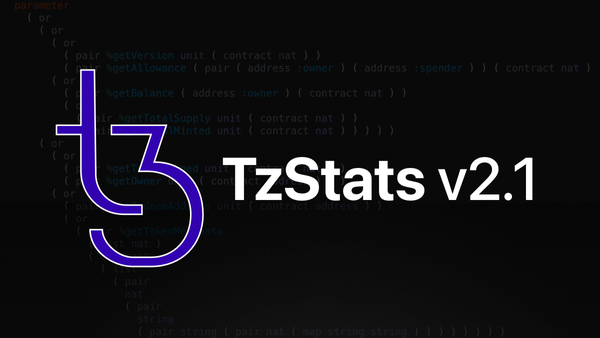 With the Delphi protocol upgrade now in effect, it's time for a new release of TzStats. As smart contract deployment and token issuance is on the rise on Tezos, v2. 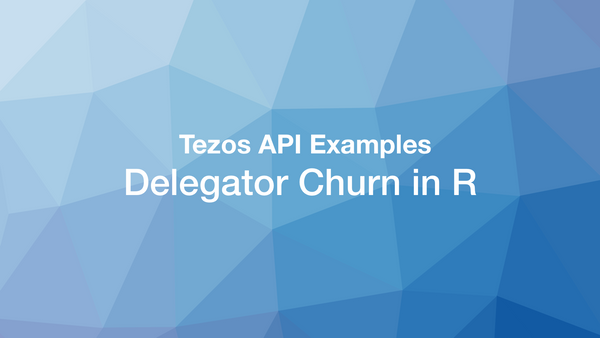 Recently, we published a comprehensive analysis on the State of Tezos Staking. Since then, we have received requests to elaborate on how we processed the underlying data. In this article,