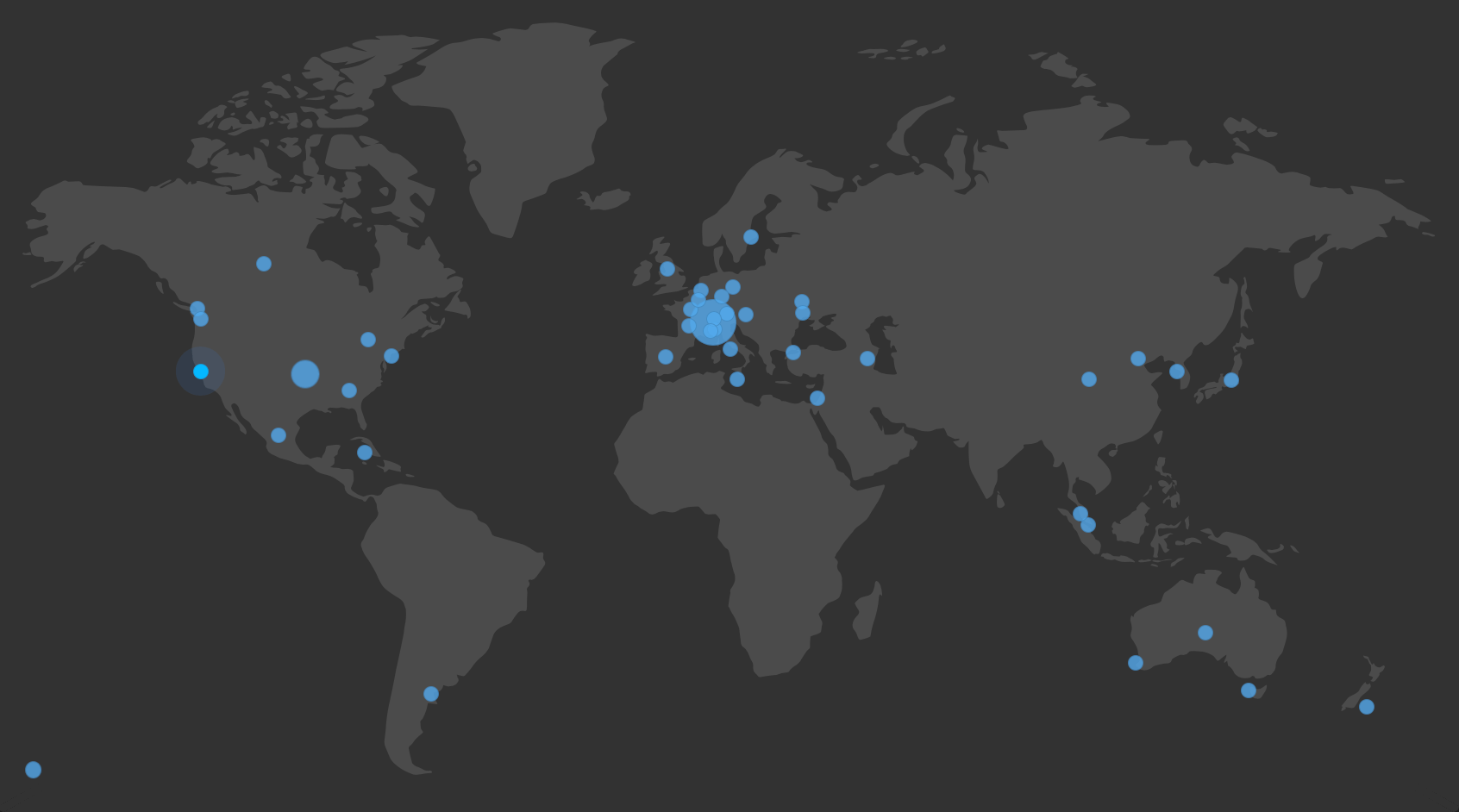 On the Tezos network activity page, a world map visualizes where new blocks are baked. The bigger a blue dot, the more blocks have been baked at the respective location during the past 24 hours. As the map is updated in real time, a pulsating blue dot indicates that a block has just been baked at its location.

TzStats doesn’t track network nodes or mempool operations yet. As of now, the map shows what’s happening on the blockchain once blocks are finalized.

The list of blocks shows when and by whom a block has been baked. It displays the baker’s Tezos software version, the block’s priority, the endorsed slots, as well as the gained reward and fee.

New accounts are new funded addresses on the blockchain that didn’t exist before. Cleared accounts are previously funded accounts where the owner has moved all funds away, so their balance became zero.